TRI-CORNERED TENT SHOW CD’S ARE ON

“This unusual band has been together since the mid-70s.  .  . Each song is part of a concept of an avant-psych blues freak-out. . . The overall effect is supreme weirdness and eerie coolness, much as you would expect from a tent show.”  – Humana for KFJC Radio 2014

The music of intentional distraction

Around the turn of the 21st century Tri-Cornered Tent Show driven by two intrepid travelers Philip Everett and Ray Schaeffer, came out from their exile held up in a well-insulated dank studio in the depths of Richmond California for almost three decades. The musical journey began with initial tracks of their first three releases being recorded using the ancient anti-deluvian technology of electronics from the 70’s. Though methodical deciphering of the Lovcraft short story “The music of Eric Zann”, other related stories expanded upon Lovecraft’s Greater Cthulu Mythos they began recording free improvisation and orchestrated sound sculpture over those many years to create the first three projects now available on Edgetone Records.

In 2003 their fourth creation, Legion of Dagon featured added guest members saxophonist and snake oil salesman Rent Romus and guest mulit-instrumentalists Jeff Hobbs and Andre Custodio. Based on the 28 sonnet by Lovecraft, The Fungi of Yuggoth.

In 2005 TCTS released The Foolkiller, an operatic improviational song cycle based loosely on Philip Everett’s prose inspired by southern murder ballads and political commentary and satire featuring the vocal work of Dina Emerson and Jessie Quatro.

In 2009 TCTS researched new sectors of the sonic universe with longtime friend and drummer Anthony Flores which has been released upon the public with the CD “ERASE THE PAST“.

In 2010, TCTS underwent another cosmic journey of free noise jazz and experimental world improvisation with vocalist T. Pope on CD “ALIEN TRAILWAYS“.  T. Pope is an accomplished vocal artist and sound healer who invokes sounds ranging from the world music of Tuvan throatsingers and Tibetan monks to the rythm and blues and Jazz stylings of Nina Simone to the Avant- garde improvisations of Diamanda Galas.

In 2012, TCTS welcomed performing / recording artist Valentina O; an eclectic and multifaceted vocalist who has not only appeared throughout the United States as an opera singer, actor and performer for companies such as San Francisco Opera and New York City Opera, but whose voice has also been heard in numerous soundtracks for television, film and commercials.

2014 saw the release of their newest CD, WELCOME TO PSYCHOVILLE, POPULATION 4, to critical acclaim, featuring newest member, Valentina O;  an Avant-Psych Blues Freak-Out presented in the form of Daliesque Cabaret involving Appalachian Style Murder Ballads filtered thru and reflecting on the many levels and degrees of Musical Improvisation in the 20th Century.

TCTS is currently recording their next CD “WEIRD EXCURSIONS“.

“We are talking here of a bunch of experienced musicians. They present an unusual blend of blues-rooted psychedelica and avant garde. Loosely constructed and played pieces. With an important role for the electric lapharp. The vocal performance by Valentina O however is the crucial element. Her acrobatics and expression give flesh and blood to their weird excursions.”

IGGA, from the beginning to present, The resident IlIusion Baboon of the All One Matrix Possibilities Big Hearted Research Foundation. The only known living biological relative of the Marcabian Gong Monkey 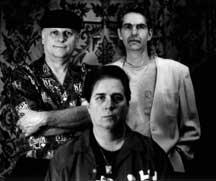 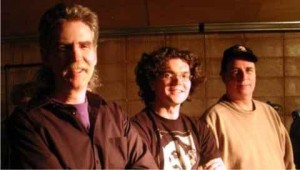 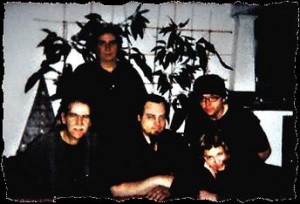